How can I listen to Lossless audio with airpods pro?

How can I listen to Lossless audio with airpods pro?

In the Bluetooth SIG (Bluetooth Special Interest Group, abbreviated as SIG) the latest LE Audio, as the name suggests, classic audio runs on the Bluetooth classic radio, and LE audio runs on the Bluetooth low energy radio. LE Audio will not only support the development of the same audio products and use cases as Classic Audio, but will also introduce exciting new features that are expected to improve its performance and support the creation of new products and use cases. Among them, the Bluetooth codec LC3 (Low Complexity Communication Codec) allows us to see the dawn of support for lossless music. Because Apple has always liked to use AAC (Advanced Audio Coding) to provide adaptive bit rates of 128/64/32 kbps, and the new LC3 will provide 248kbps/192kbps/128kbps/96kbps/64kbps, which will be the 20th Bluetooth technology. The biggest leap in the past year will lead the industry to continue to develop towards a better future.

It is designed for the needs of low power consumption. The difference is that LC3 encoding is for SBC encoding that has been used for 20 years.

The encoding efficiency is higher at the same bit rate, the delay and the bass quality are better. Bluetooth will support LE Audio and LC3 encoders from version 5.2. From now on, Bluetooth audio will have two modes, including the classic audio of previous versions of Bluetooth. The specification is still compatible with encodings such as SBC AAC aptX, and LE audio specifications using the new LC3 encoder.

The bit rate of a normal lossless audio track is about 1,411 kbps, which means that even if the new LC3 technology is used, it still cannot solve the problem of listening to lossless music with Bluetooth headsets. In fact, this has long been discovered from the underlying logic of Bluetooth. Low power consumption and high efficiency are the cornerstones of the development of Bluetooth technology.

Is the new LC3 technology useless?

Another feature of LE Audio is called audio broadcasting Supports wireless transmission and reception of multiple audio streams while maintaining a high degree of synchronization of these multiple audio streams
In the classic Bluetooth audio mode, the TWS headset is very smart by establishing an audio stream through the transmitter, such as the mobile phone and the receiver, for example, one of the two headsets, and then forwards the audio stream to the other headset through the receiver headset. way of doing. But in fact, this is not the most perfect solution. You probably don’t know that TWS headsets from many major manufacturers use these tricks to implement wireless dual-channel headsets. Even Apple’s airpods are implemented in a similar way. of. However, there will be a certain delay between the two headphones. Although most people can’t hear it, the delay is objective. LE Audio can not only establish two audio streams to send to two headphones, but also ensure a high degree of synchronization, but also establish multiple audio streams. Simultaneously play sounds on multiple devices through a mobile phone. The formulation of LE Audio’s specifications is equivalent. Yu defined a new standard and specification for TWS headsets. LE Audio’s audio broadcast can be broadcast in unlimited numbers. Within the range of signal coverage, whether it is two pairs of headphones or two hundred pairs of headphones, they can be played synchronously without delay. There is a very powerful application scenario for this technology.

According to our official test released by SIG, you can listen to the difference in sound quality caused by LC3 and SBC encoding. Such audio quality can already meet the requirements of more than 95% of the majority of people for sound quality, and only a very small number of HIFI players with a fever level can only use wired or CD to achieve the ultimate sound quality requirements. 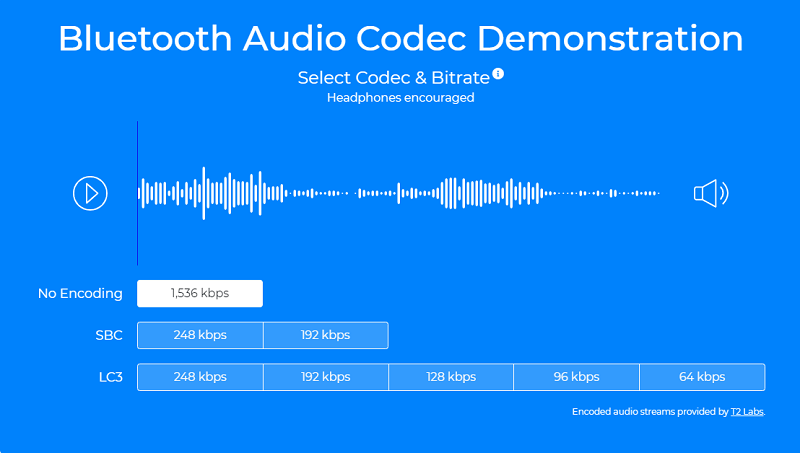 The release of this technology also signifies that the Bluetooth era has officially shifted from SBC encoding and decoding technology to new technologies, and will surely lead the development of Bluetooth products in the next 20 years and into a more distant future.

Whether it is classic or LE Audio, it is very difficult to support lossless music. In this way, Apple has several solutions:

The first is to develop more efficient encoding, through better compressed audio restoration technology and combined with the self-developed sound unit, to restore or even optimize the compressed audio as much as possible and then present it to the user’s ears. In fact, it combines these The thing is the computational audio technology that Apple recently announced;

There are indications that Apple will definitely have a wireless solution to make its own headphones support lossless music.

Read More »
After analyzing the TOP 2000 companies in the United States, we have come up with this e-commerce market report

Dear ALL, As the holiday season approaches, we at GCC wanted to take a moment to thank you for your business and wish you a

Read More »
PrevPreviousWarning! Do not update the official version of iOS 14.6!
Next2020 Tokyo Olympics, Chinese athletes have lost their competitiveness?Next

Ask For A Quick Quote

We will contact you within 1 working day, please pay attention to the email with the suffix “[email protected]”.