Participation of Chinese athletes in the 2020 Tokyo Olympics

Confirmed by the Chinese Olympic Committee, a total of 431 athletes (including 133 male athletes and 298 female athletes) of the Chinese delegation were selected for the delegation lineup. The group participated in the Olympic Games except baseball, softball, handball and surfing. All major events. Among the contestants selected for the delegation, 138 have participated in previous Olympics, of which 131 have participated in the 2016 Rio Olympics; 24 have won Olympic champions, of which 19 have won the 2016 Rio Olympics. 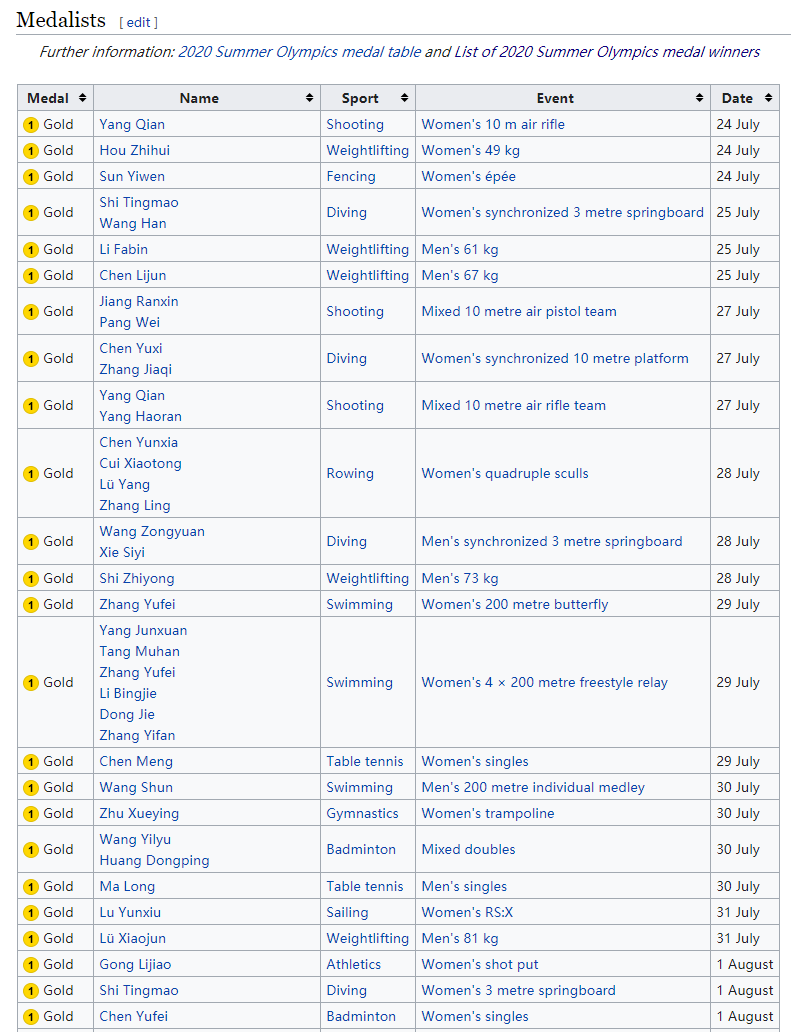 The successive failures of table tennis, diving and other events that should have won the championship have led to a great decline in the momentum of Chinese Olympic players. Whether they can overcome themselves in adversity and challenge higher goals is still unknown. With Japan at home and the constant impact of American players, it is not a small challenge for all players to win the final victory. The pressure they face is unprecedented. In the face of this powerful competition, the ultimate opponent is still self.

China’s sports world has always been relatively weak, especially in recent years, China’s economic strength, technological development and other fields have advanced by leaps and bounds. On the other hand, the sports and sports world has been stagnant. In particular, the successive years of defeats in Chinese football made the Chinese lose their patience and even gave them up. Basketball sports can only be barely maintained under the circumstances of relying on foreign aid.

In this case, is it something not to reflect?

Will China lose its first chance at the 2020 Tokyo Olympics?

As far as the current situation is concerned, the expectation is not a good result, because successive defeats in areas where China has a relatively large advantage have caused players to lose confidence.

Will Chinese athletes still have a chance in the future?

In the future, Chinese players may be able to win some more medals, but is the way of education really right? Especially for the new generation of young people. These are all children born after 2000. Can children who have not experienced wind and rain and are under the blessing of their parents and school all day can meet the test of reality?

Read More »
After analyzing the TOP 2000 companies in the United States, we have come up with this e-commerce market report

Dear ALL, As the holiday season approaches, we at GCC wanted to take a moment to thank you for your business and wish you a

Read More »
PrevPreviousHow can I listen to Lossless audio with airpods pro?
NextHow important is the C88 document?Next

Ask For A Quick Quote

We will contact you within 1 working day, please pay attention to the email with the suffix “[email protected]”.